Tools and Tips to Create Memes

On today’s online platforms, you can’t click on a web page or scroll through social media without seeing memes. The trend of using memes seemingly broke out overnight, and has spread rapidly ever since. But is there a way to utilize memes to increase engagement and reach on your website? This article takes you step by step through the process of how to create the perfect audience-engaging meme!

So…What Exactly Is a Meme?

Ask anybody between the ages of 10 and 35 what a meme is and they’ll look at you like you have six heads. Today, memes are used in online communication even more than periods and commas! But what exactly is a meme, you ask? A meme is an image, GIF, or video that is copied, shared, and spread rapidly over the internet. Typically, they are meant to convey some sort of humor. Often, after a meme is spread so much to the point of recognition, accompanying text is no longer necessary; viewers see the meme and immediately understand what the poster was trying to say. This is how you know you’ve struck meme gold!

The first step of creating a meme is figuring out current social and entertainment trends. Creating a meme using a character from a television show that has been off the air for decades might not garner the same attention as one from a show people are watching now. An easy, more concrete way of thinking when you’re deciding what to post is to consider what your audience will want to share. Often, internet users like to prove that they’re in the know and up-to-date on current trends. Creating a meme out of something noteworthy that happened during a recent event, such as an awards show, news broadcast, or press conference would be a great way to increase the chances of your work being spread!

Another key in the equation for meme success is relatability, which we’ll touch on more shortly. If viewers can’t relate to the subject or feeling you’re trying to convey through your meme, they won’t share it. Some key feelings memes tend to represent are exhaustion, stress, annoyance, shock, love, and confusion. As a rule of thumb, try to stick to emotions that you know others feel on a daily basis. If viewers think, “Oh my gosh, I feel the same way!”, they are more likely to share the content! 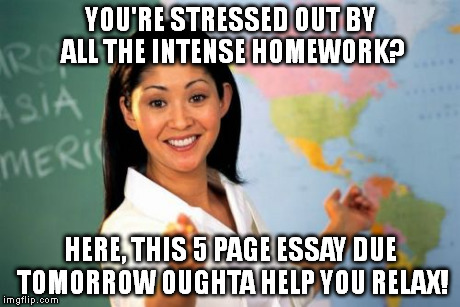 A Look at Some of the Greats

Let’s take a look at a few memes that have landed in the Meme Hall of Fame! 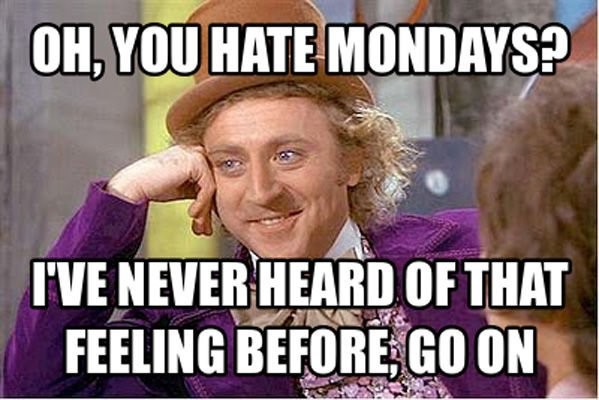 Condescending Willy Wonka seemed to be an overnight success! A main reason this meme received so much engagement is because it could be tailored and reused to fit countless different messages and situations. For example: 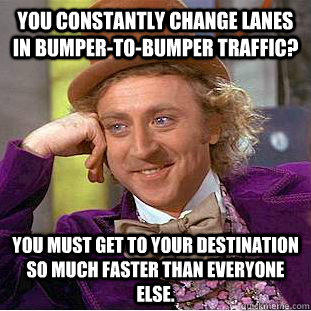 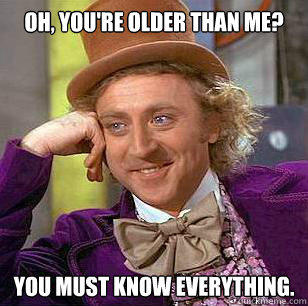 Using the same image, this meme was able to send three completely different messages to different audiences. Because it spread so rapidly, viewers can now see this image of Willy Wonka and, even if there is no text displayed, they understand what the poster is trying to convey!

Here’s another example! You may ask, “How is it possible that a simple GIF of a man blinking went viral?” Similar to the Willy Wonka meme, this GIF can be molded to fit countless different situations and conversations. The “Excuse me? What?” feeling it evokes relates to such a vast audience that it skyrocketed.

Have Your Content Ready? Then Here’s How You Make a Meme!

After taking your audience’s interests into consideration and choose an image or video you want to share, head over to We Know Memes, Imgflip, or Meme Dad and get to editing! These platforms are all super user-friendly and allow you to completely customize your creation! Play around with filters, text, and different edits until the finished product is something you, yourself would reshare if you saw it online!

Now Get Your Meme to Go Viral!

It’ll take more than just one or two shares to get your meme to make history! Get your friends, family, and coworkers involved! Don’t be timid! Everybody loves a good meme. Splash it all over every social media platform you can think of, and tag as many people as you can. And also consider sharing it via private message across different platforms (think Whatsapp groups, iMessage, Facebook messenger, Facebook groups, etc.)

Track the success, play around with posting times and dates, too! You might find that late afternoon after people have come home from work your meme receives more shares than it does while people are at the office, or vice versa. Be patient, but vigilant! The more eyes on it, the better!

For more tips, tricks, how-to articles, and everything you need to know about staying on top of social media trends, subscribe to the MSM Blog! You can also share this post on social media to teach your friends a thing or two about the power of memes!